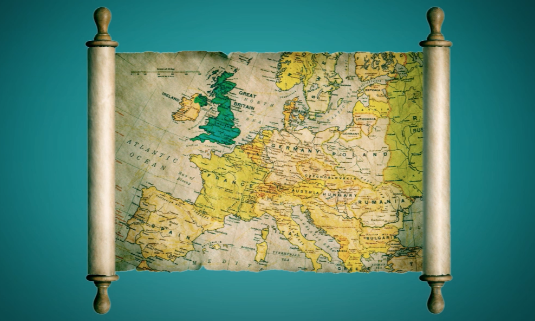 Ch-ch-ch-ch-changes! The Impact of the Digital Revolution on the European Media Landscape

In the early 1970’s Gordon Moore, co-founder of Intel, suggested the power of computing chips would double every two years. This prediction came to be known as “Moore’s law” and it has held true for most part of the last 50 years. It is pertinent to the fast pace of change that digital has brought into people's lives. From the way people consume media, to how brands navigate the touchpoint proliferation and connect with consumers. The European media landscape, largely impacted by the digital revolution, has been constantly evolving into a very dynamic and challenging marketplace.

But what are they main changes marketeers need to take a note in Europe?

Online is offline is online

Having achieved ubiquitous levels of online connectivity, Europe is now witnessing a blurring of boundaries between the online and offline worlds. With people watching “traditional TV” content online and Netflix shows on their Smart TVs, the old labeling systems are thrown out of the window. Video formats are exploding as Europeans increasingly spend more of their media time across multiple devices. As a result, media routines have become more complex, shifting between social, gaming, streaming and chat services, requiring brands to revise their communication strategies.

The Rise of Subscriptions

Paying for accessing content is becoming more common in Europe. Media companies are focusing increasingly on paid subscriptions as they try to diversify and increase revenue streams. Does this affect advertisers? The short answer is yes. An Ad free experience is often part of the benefits of a paid subscription in the likes of Spotify and Netflix. In other cases though, paid subscriptions help media companies collect more accurate data on their audience and curate extensive profiles that are valuable to advertisers.

Automation of media buying is now mainstream in Europe and programmatic trading is the most common way to buy digital inventory across screens. Mobile and video are the key drivers of growth in this space ,but automation is expanding to other traditional media like Audio and Out of Home advertising. The ability to bring data capabilities in these channels is shifting perceptions as accountability and effectiveness grow. Undoubtedly, the biggest change programmatic advertising has brought, is the adoption of “audience first” approach that not only allows personalised messaging, but helps optimise broader targeted buys.

Over 75% of digital advertising in Europe goes to two companies: Facebook and Google. It’s not difficult to understand the appeal to advertisers. Wealth of data, ability to micro target, strong intent indicators to name a few. But ignoring the 25% would be at your own peril. A growing trend across Europe is broadcasters and publishers setting aside old rivalries and joining forces to create joint digital marketplaces. Such initiatives are happening at a national level as well as pan-European with the likes of EBX (European Broadcaster Exchange).

Digitisation of the media landscape in Europe has created a number of new challenges for European marketeers. Issues like ad fraud and ad blocking are a constant headache for advertisers in their advances to connect with consumers and expose them to their messages. The arrival of GDPR legislation last year has also signalled the need for companies to adjust the way they collect and handle data, probing a re-think of targeting tactics.

It is a very exciting time for advertisers in Europe with almost endless opportunities in a vibrant and innovative marketplace. But it requires a good understanding of the landscape, the risks, and limitations to be able pursue these successfully and gain advantage over the competition. For more on this topic, take a look at our brand new lessons on the Europe Media Marketplace, where we take a look at how digital’s influence is affecting consumer behaviour and media trends in Europe; how programmatic’s presence is changing the way advertising is bought and sold; and how to safely navigate through issues such as GDPR, ad blockers and ad fraud.