Discover how to harness a world of opportunities on mobile

There’s no getting away from it – mobile is everywhere.  Mobile phone usage is growing exponentially, with two thirds of the world’s population (that’s over 5 billion people) now owning a device of some kind, and 2.7 billion owning a smartphone.  In many countries mobile device penetration is close to 100%, and in some it actually exceeds 100%, meaning that some individuals own more than one device.  Mobile device ownership overall is predicted to rise to 7.33 billion by 2023, with over 70% of Internet users accessing the web exclusively via phone by 2025.  90% of mobile time is spent using apps, 194 billion of which were downloaded in 2019 alone.

And when we have a mobile phone, we don’t want to let go of it - the average person spends over three hours per day on their phone, and over half of smartphone users check their device several times an hour as part of both their professional and their personal lives, starting within five minutes of waking up, and only stopping shortly before going to sleep.  Many people are guilty of looking at their phones even in the middle of in-person conversations – it’s no wonder that 92% of Americans believe that smartphone addiction is a real condition!

So what does all this mean for marketers?

Well, they need to adopt a mobile mindset - which is all about understanding how mobile has changed the game.. and how marketers need to think about getting their message out.  Mobile users have strong expectations, including immediate access to information and customer service.  That means that everything has to load really fast – according to Google, users expect a mobile website to load in 4 seconds or less, otherwise they’ll be off to something else.  And they’re using their phones to do things that they used to do on desktops – such as researching products and services.

In fact, the volume of mobile searches has surpassed desktop searches for a while now.  But there’s a big difference – mobile users often include “near me” as part of the search query, meaning that the phone’s geolocation features can be used to detect their location and provide specifically local suggestions.  In addition, knowing individual users’ preferences around food, clothing or other items allows marketers to target them with offers such as instant restaurant or café discounts, flash sales and other promotions – although only with their permission, of course.

When people are shopping on their mobiles, the most important things that they look for are good product pictures and price comparisons, followed by detailed product descriptions and reviews.  But don’t forget that customer expectation issue – again, if a site loads slowly, or if users get stuck trying to navigate it, or even worse, trying to buy something from it, they’ll leave.  Brand loyalty is much less compelling in the face of a poor mobile experience.

Mobile is a game changer for digital advertising too.  Augmented reality allows shoppers to use their phone’s camera to try on clothes or makeup, or to see how potential items of furniture might fit into their homes.  Mobile games offer a new world of opportunities for ad placements, especially when users are willing to watch commercials in exchange for extra time, credit or bonus points.  And those ads are increasingly personalised.  If done well, this can give the user a real sense that the brand understands them, with very positive results.  But if done badly – well, we keep talking about how quickly mobile users will bail on poor experiences . . .

Mobile offers amazing and ever-expanding opportunities, together with a lot of potential pitfalls - and adopting a true mobile mindset could make all the difference to your marketing efforts. Check out our new series of lessons on Mobile for a guide to.. this exciting, fast-changing landscape – but watch them on your phone, of course!

If you’re operating at the sharp, customer-facing end of retail, you’ll know already that you don’t …

Could Analytics Hold the Key to Your Success?

As of October 2020, there are 4.66 billion active Internet users globally. Those people use websites… 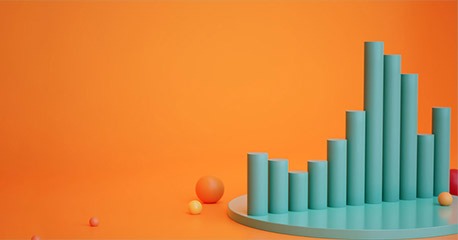 The success of any eCommerce business lies with its customers. An omnichannel customer experience …