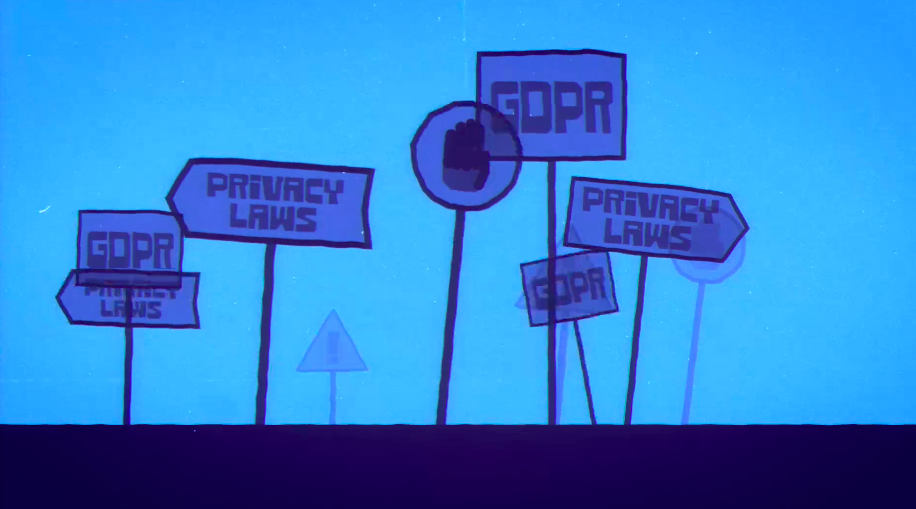 Across the Pond: How the smartest companies in the US are harnessing GDPR

For many businesses in the US the landmark data privacy ruling GDPR can spark feelings of fear and dread. Yet for the most innovative CEO’s across the pond, it signals an opportunity to foster a future relationship with personal data built on trust and transparency.

The initial hysteria surrounding GDPR may have died down, but the first year of the landmark data privacy regulation has seen over 250,000 cases reported to the EU with firms being fined over €56 million. For CEO’s of US companies who have audiences across the Atlantic, implementing GDPR has been an essential part of engaging and protecting their European customer base. However, legal compliance is not the sole reason innovative US businesses are swotting up on GDPR.

Even though, according to Tim Woods, VP of Technology Alliance, GDPR has “raised a number of legitimate security and compliance concerns” for US businesses dealing with the EU, American CEO’s also see an opportunity, in the light of the Cambridge Analytica scandal, to shift the corporate security narrative away from a data recklessness towards responsibility, trust and innovation.

Here’s how you can join the smartest companies in the US in staying ahead of the curve with GDPR.

American corporations have long resisted calls to heed to stricter data privacy regulation. In contrast to the universal sweep of GDPR adoption across Europe, Carl Bode from VICE notes that “Silicon Valley giants have routinely made it a top priority to scuttle both state and federal attempts at meaningful rules governing behaviour”. However, A shift is occurring in the public perception of personal privacy in the US, and US consumers are looking to organisations to present a solution to the ‘policy catatonia’ which according to Bode has been the “solution” to decades of routine consumer privacy abuses and major hacking scandals. In other words, US citizens have had enough, and nearly 70% of them think more should be done to protect data privacy.

To add weight to this growing concern, the landmark California Consumer Privacy Act, which passed in 2018, will come into effect next year, signalling an end to the political inaction on the issue. The first of its kind, the law requires businesses operating in California to adopt GDPR level data protection regulation, and with The Economist urging America to adopt a similar law nationwide, the future of privacy has started, and it’s now impossible for US businesses to ignore.

In response to this move in public opinion and legislative position, forward thinking US businesses now see a GDPR-like adoption of responsible data privacy in the US as inevitable, and the quicker they get behind the concept, the further ahead of the curve they shall remain.

CEO’s, according to Forbes have the opportunity to demonstrate a level of statesmanship, keep ahead of the ‘larger conversation about the nature of data security’ and ‘enact forward-thinking changes’. Many high-profile leaders have already responded to this opportunity, with Apple’s Tim Cook and Facebook’s Mark Zuckerberg both throwing their weight behind US privacy laws similar to GDPR.

Cook, for example, recently argued in a TIME magazine op-ed that ‘it’s 2019, and it’s time to stand up for the right to privacy – yours, mine, all of ours’, committing Apple to upholding these principles in its work across the US and Europe.

So, what’s the payoff for these perceptive US businesses who commit themselves to a GDPR approach to data privacy?

Well, consumer buy-in is built on trust, and an adoption of GDPR principles demonstrate a commitment to respecting personal data privacy. The idea being that the public will then, in the case of Tim Cook, engage with Apple as a company that reflects their own values, bolstering trust and commitment to the brand.

CEO’s have an opportunity then, in a corporate landscape increasingly defined by public perception, to create another layer of trust between themselves and their audiences. GDPR’s narrative is simple and holds companies accountable. According to the Trends in Customer Trust report, more than 90% of customers say they’re more likely to trust companies with personal information if they are transparent about how personal data is use.

To reflect these changes, here at Circus Street we recently released our US Media Marketplace Lessons, which cover the California Consumers Privacy Act and educate teams on how to adjust to future regulations.

“There is no company in the world that can afford to take the risk of cybersecurity ignorance” says Michael Fimin, CEO and co-founder of Netwrix. Taking data security seriously and adopting GDPR principles to your approach can only bolster your businesses level of protection and according to Tim Woods, companies that already adhere to GDPR will “avoid the barrage of fear, uncertainty, and doubt” when foreseeable US data privacy laws come to fruition.

Circus Street’s Ian Jentgen summarises by arguing that all US businesses need to stay ahead of the curve when it comes to data. “Regulation will never keep up with technology and innovation”.

As we can see then, by responding the opportunities in both cyber security and consumer trust, US businesses can utilise the potential for growth that has arisen from GDPR, predicating any change in US law while also ensuring they stay on top of this latest trend in data privacy. So, what are you waiting for?

To discover how you can help your teams build their digital capabilities and upskill on GDPR, sign up to a free trial of Circus Street.